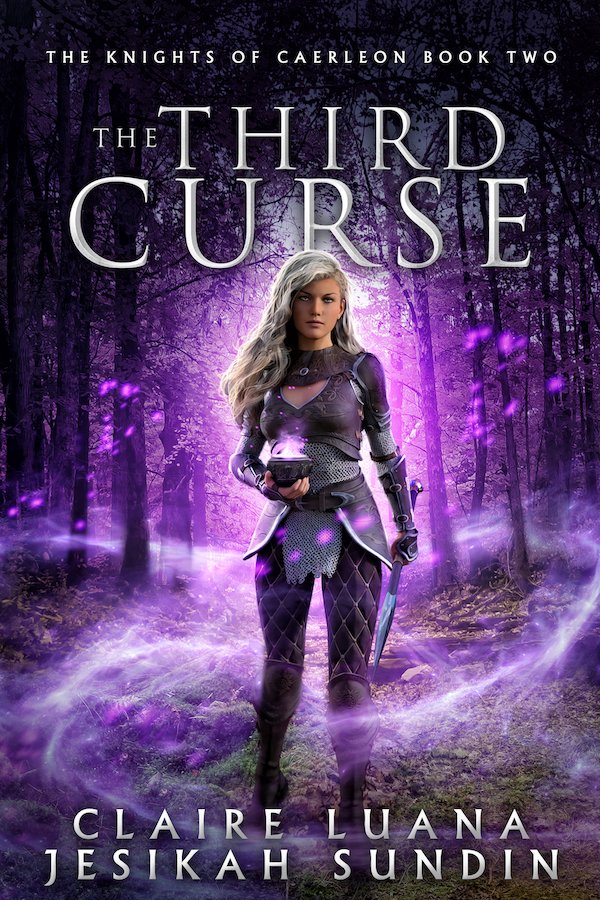 Irish warrior and fifth knight Fionna Allán agonizes over an impossible choice. Either she saves her father and sister by betraying the three knights and king she loves, or she chooses her heart and dooms her family to death. Determined to find another way, Fionna strikes a bargain with Arthur Pendragon. She’ll join his Grail Quest in exchange for his promise to ransom her family.

Arthur is convinced that Fionna is a key to finding the legendary Grail. The mythical bowl is the Kingdom of Caerleon’s only hope to break Morgan la Fay’s curse, the dark spell now sickening Arthur’s people and withering his green lands. But the Grail will not yield its secrets easily. To find the relic, the five knights must undertake a perilous journey to the Scoti Kingdom of Alba and into the depths of the misty Otherworld and beyond.

Each knight’s honor will be tested—and so will their hearts—as Arthur, Lancelot, Galahad, and Percival’s love for their fifth knight grows more entangled by the day. But no trial shakes their tightening bonds more than an unexpected discovery. A third curse. A truth so devastating, the revelation may tear them apart and grant Morgan la Fay the power she craves over Caerleon and all of Briton.