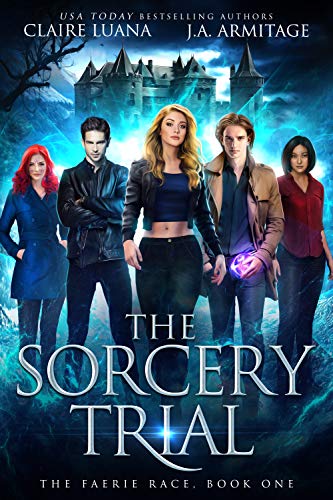 Fame. Fortune. Your most extravagant wish granted. These are the prizes promised to the team that wins The Faerie Race, the first and only reality television show to venture into the dangerous realm of the fae. But that’s not why Jacqueline Cunningham wants in. She’s after any sign of her sister—who vanished without a trace into the faerie world two years ago.

Jacq thought getting into the race would be the hard part. But she didn’t count on the other competitors—who will stop at nothing to finish first. Or her distractingly-handsome jerk of a partner, who seems to be hiding secrets of his own.

Plunged into a world where everything wants to kill her, what starts as a hunt for the truth turns into a desperate contest for survival. Now that Jacq’s in the race, it will take all her wits to make it to the finish line alive.