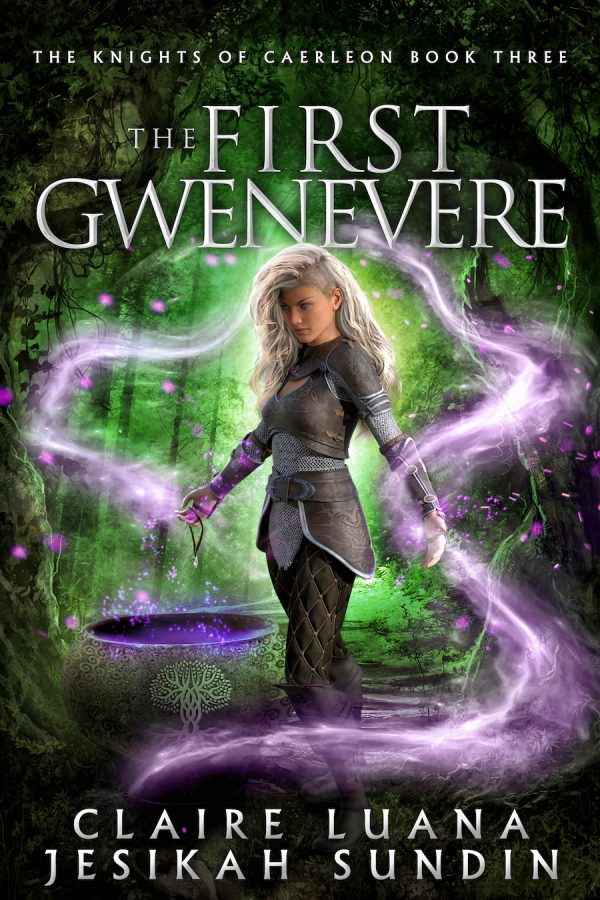 A fated white faerie. A dark war for power. An otherworldly relic that can raise the dead.

Anger and disappointment burn within Fionna Allán following the Grail Quest. Her family still remain captives of a rival clann, and King Arthur Pendragon’s kingdom continues to wither and die.

Now Fionna’s sworn enemy brings war to Arthur’s shores with Morgan la Fay at his side—a battle Arthur and Caerleon can ill afford. Especially as one of Arthur’s knights has gone rogue, leaving their group weak and devastated. With his kingship in question and his people suffering to the point of rebellion, Arthur and his knights are forced to seek help from the gods. But none are prepared for the secrets the faeries reveal.

A Gwenevere. An enchantress, born of legends past, will rise to protect a Great King. But only if that king proves his worthiness.
Caerleon’s brittle future depends on Fionna, Arthur, Lancelot, Galahad, and Percival sacrificing their own. If they are to defeat their enemies—mortal and immortal alike—they must bare their souls and join their hearts. Before war destroys everyone and everything they love.