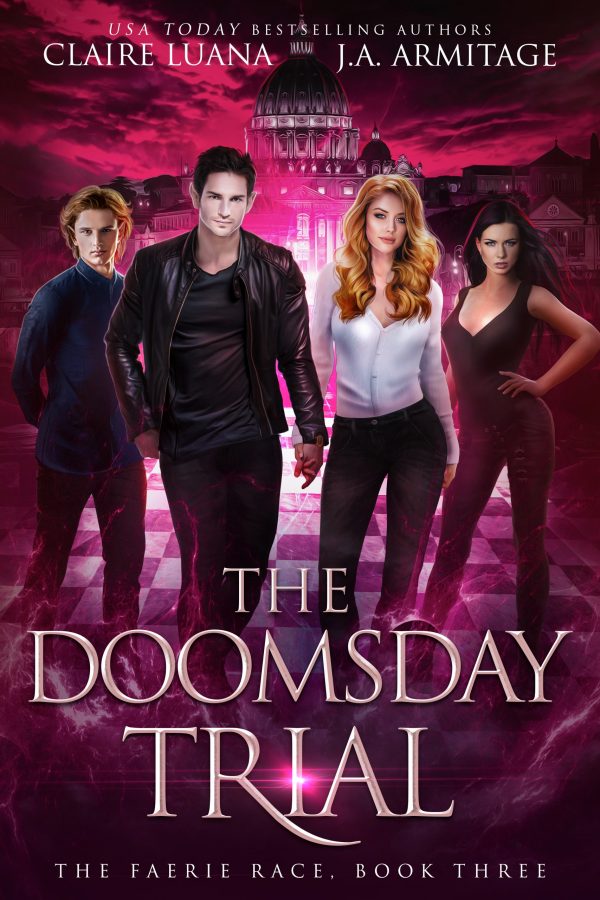 The final trial of the Faerie Race has arrived: a head-to-head battle through the streets of Elfame city. Jacq and Orin should be ecstatic to have made it this far—but tragedy overshadows them both—leaving the pair wondering if the cost to continue is too high.

Only the unexpected reappearance of her long-lost sister keeps Jacq in the game, but Cass’s presence comes with troubles of its own. The ancient Brotherhood is closer than ever to carrying out a twisted plot that would mean an end to modern human civilization. There’s one slim chance to foil the Brotherhood’s plans, and only Jacq and Orin have the means to do it.

Thrust into a lethal final showdown that’s more game than race, Jacq and Orin quickly realize that the odds are once again rigged against them. And worse, their enemies have thrust those they love into the cross-hairs. The clock is ticking. Jacq and Orin have one slim chance to foil the Brotherhood’s plans and win the race, or they’ll lose more than just the competition. They’ll lose everything and everyone they hold dear.